As fun as it is to ring in the New Year with fancy luxury foods, the thing I get most excited about this time of year is working with the hidden gems of Western PA.

January and February are the months these gems shine the brightest, beginning with cassoulet, which features home-grown tarbais beans by Sam and Nettie and brought to Pittsburgh by Bryan Greenawalt, who we visit every Saturday at the East Liberty Farmers market, the one next to Home Depot which is open year-round. 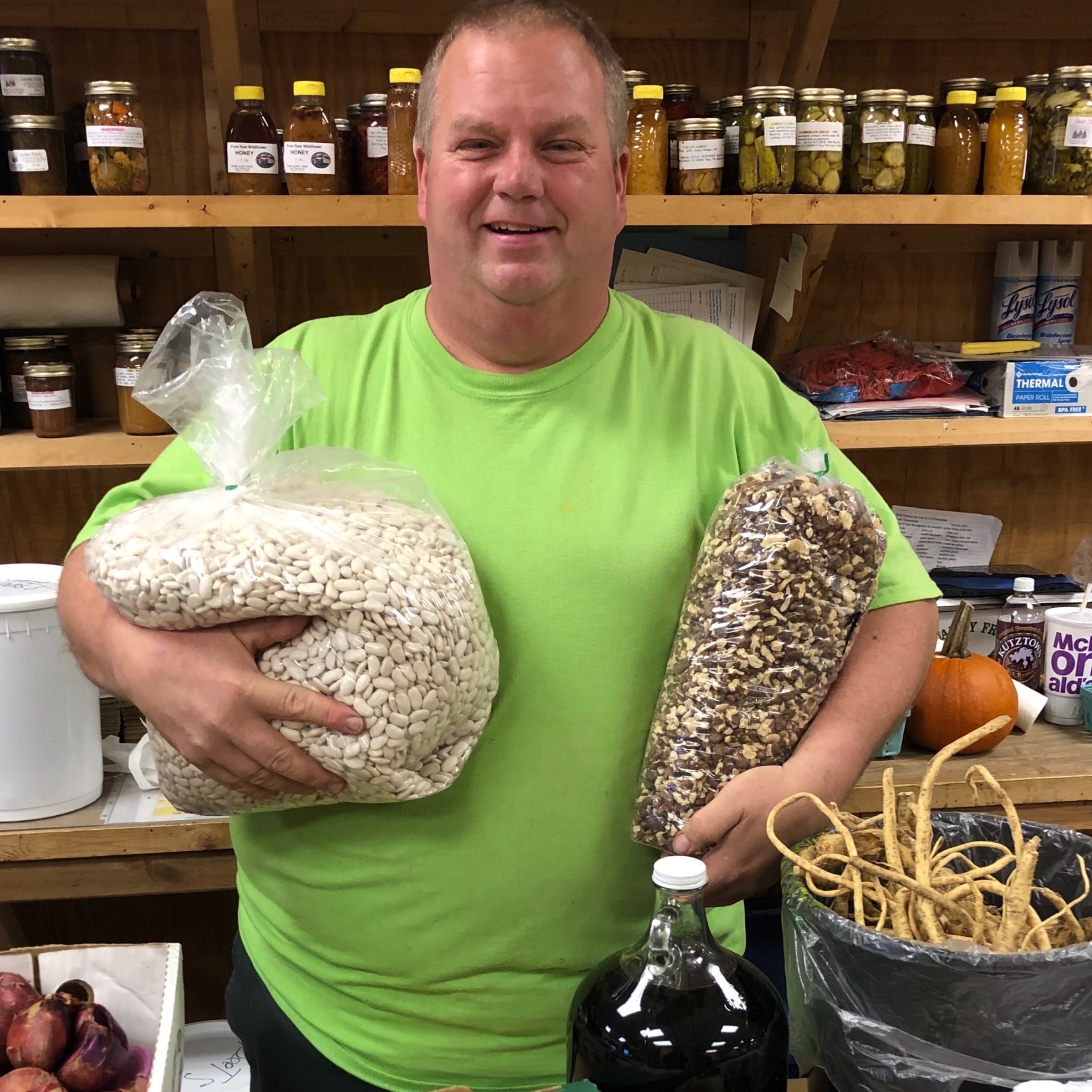 Bryan also brings us black walnuts from the Amish in Somerset, which the pastry team will be using in black walnut cake.  If you’ve ever tried to open a black walnut, then you know that this task is not an easy one. The job of opening black walnuts (and hickory nuts) is done by the elders of this particular Amish community, and the sales of these nuts go to a collective fund for the community’s health care. The nuts also quite interesting–fruity, weird, and delicious. Unlike anything else.

Also from Sam and Nettie via Bryan is the Shaker dried corn. There isn’t much left–we couldn’t help breaking into it in October, instead of waiting until winter. Shaker dried corn is sweet corn that is taken off the cob and left to dehydrate on open dehydrators set upon wooden stoves for about 24 hours.  The result is a caramelized, nutty dried corn which we rehydrate in hot water and cook with cream and butter to make the best-tasting creamed corn you’ve ever tried. Before meeting Sam and Nettie, we tried drying our own Shaker corn in our electric dehydrator, but it wasn’t the same. What Bryan brings us from Sam and Nettie is truly something special.

It was a hard year operationally-speaking in the kitchen with a lot of transition. I almost didn’t preserve tomatoes this year, but Jess insisted. I’m glad she did, because it gives me great comfort to know there is a chest-freezer full of peeled and seeded tomatoes ready to go. In the past, we canned all our tomatoes. This year we froze them. It cut the labor in half. And while frozen bags of tomatoes aren’t quite as lovely an image of mason jars of tomatoes on the shelves, I actually think the flavor of the frozen ones are much more fresh-tasting, probably because they don’t have to spend all that time processing in a water bath. These tomatoes are one of the reasons our cassoulet is so good. Most of what we preserved comes from the same farm as the tarbais beans.

Last but not least is the mincemeat pie. Like the cherry pie we make in June, this one has a cult following here at Legume. Normally we make mince meat in time for Christmas, but this year we fell behind. Our mincemeat is made with our own candied citrus, dried fruit, sugar and chopped beef tongue which is then soaked in brandy and sherry for a month before being baked into a lard-based pie shell. It’s a love it or hate it kind of thing and a clear example why some people really, really love Legume, and some people just don’t get what the fuss is about.

First Cassoulet: Tuesday, January 7th
What makes our cassoulet special? I think it’s the coming together of tomatoes preserved last September, Sam and Nettie’s new-crop Tarbais beans, and our own duck-confit, all stewed together with rich chicken stock, aromatics, and white wine, and topped with Five Points bread crumbs.  It’s a dish that reflects the many relationships Legume has with farmers and artisans here in Wester PA, and we only make it a few weeks of the year.

The first batch will be served on Tuesday, January 7th. Keep your fingers crossed for cold weather.